Off-topic: My answers to the Obama survey

Email ThisBlogThis!Share to TwitterShare to FacebookShare to Pinterest
How would you like to see this organization move forward in the months and years ahead?

There was so much energy and enthusiasm generated by the campaign. It was based on the hope that individual efforts would make a difference. I think there must be some effort to sustain that optimism in the face of difficult times. I think some of that energy can be turned toward greater volunteerism in the community at large: food banks, job banks, tutoring for children, help for the elderly, etc. Use the structure to help people find ways to connect with and help their neighbors and neighborhoods.

What first inspired you to join this campaign?

I originally supported Clinton, because I was afraid that Obama was not experienced enough. But I caught the "hope" bug and found that despite my misgivings, I desperately wanted to believe his words and the words of the campaign: that change was possible and that we could all be a part of it.

What was the best part of your volunteer experience?

The organization of the volunteer effort was truly exceptional. You felt like you were really part of a movement. One that took the individual seriously, respected his/her time and commitment, and took the time to listen and say thank you. It was easy to drop in and help out in a concrete way with the online phone tool and with the central offices in Brooklyn. 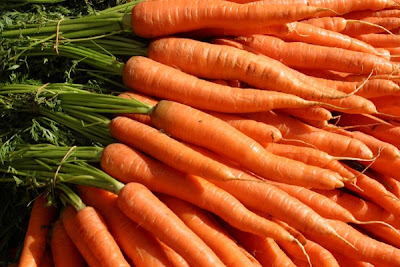 The biggest family dinner of them all, Thanksgiving is less than one week away. The menu is so simple I often wonder what the fuss is about. The basics are easy: turkey, stuffing, a few sides, pumpkin pie. I guess, there's the stress of having extra people around the table or the fear of revisiting long-held family tensions. Sometimes, there's overnight guests too, since traveling from distant places is a common necessity. Maybe most people have higher standards than me, or at least more complicated recipes. I think the anxiety is rooted in the fact that many Americans don't cook anymore, yet feel like they have to create elaborate dishes for the signature Thanksgiving meal.

I'm getting old enough to just pine for a little extended family togetherness. Thanksgiving was the holiday that brought us all together. But this year, it's hard for many of us to travel, due to health issues or the high cost of air travel. So I'm sending my brother-in-law my tzimmes recipe via email, and we'll plan to do a video-chat with Great Grandpa and Grandma and whoever else is online. Somehow, it's not the same.

On the bright side, we will connect to our extended network of friends in lieu of family on Thanksgiving. Much good wine and food are sure to be consumed. Our relatives may also get a chance to invite a few close friends or neighbors over to share dinner, since the table won't be groaning with the 25+ of us that can take part in family gatherings. And Thanksgiving is the only day of the year that my mother can get my father to her church, where the majority of the congregation comes together for a community pot-luck. "It's a good thing," as she would say.

So if you are lucky enough to be with family this year, relax about the menu and count your blessings. If you are apart from them, connect in the best way you can and aspire to do better next year.

Carrot Tzimmes
Tzimmes means "with a lot of fuss" but this recipe is actually very easy. Organic carrots are optional of course, but worth the "fuss." You can also use sweet potatoes or a mixture.

1-2 lbs of sliced organic carrots (depending on how many people you are serving)
approx. 2 Tbs of each Butter and Olive Oil
1/2-1 cup Orange Juice, enough to fill pan by 1/3.
2 Tbsps. Honey or brown sugar
1/2 cup Raisins or currants, more or less to taste
1 tsp Cinnamon, more or less to taste
Salt and Pepper to taste

Parboil carrots. Melt butter in microwave, add equal amount of olive oil. Then mix in orange juice, honey, and cinnamon. Drain carrots and arrange in 9X12 baking dish. Pour in orange juice mixture, adding more liquid if needed. Toss in raisins and cover with foil. Whenever the oven is free, place pan in oven for about 30 minutes or until hot. If you like the carrots to be more golden brown, remove foil and heat for another 15 minutes or more, until desired color.

(Oven Temperature can vary, though 350 degrees is ideal. If oven is hotter than 350, decrease time and check more regularly so that it does not burn.) 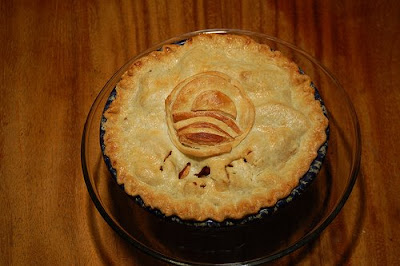 Photo: Carly & Art, Flickr pool
"In the unlikely story of America there's never been anything false about hope." Barack Obama, #44
Joy reigns in our household today at the sweeping Obama presidential victory. We are giddy with hope, almost not believing that it is true. God Bless America for choosing hope over fear, and change over the same failed policies and politics. I have been feeling too much like a tired, old cynic and I am proud that we, as a country, have taken a profound step in the right direction.

My voting day was uplifting and tearful in turns. My three kids went to the voting booth yesterday with my husband and me. My 13 year old son stood in line and cast ballot with me for the first time since he was little. My nine year old is now an old hand, as she goes to every election with her dad on the way to school. My three year old thought we we were actually going to see Obama at the polls. (Oh, that's why she wanted me to wear a pretty dress. I complied) There was excitement and giddiness all over as people waited to vote, even in a place as "decided" as Brooklyn, New York. I called my mom who lives in Florida to hear her voting day plans (a dyed-in-the-wool Democrat, she) and to share the moment. I was sad to learn that Republican canvassers were at her door on Monday, chatting up my independent-streaked stepfather. Then I went to make calls for Obama, first at a Mega-Call center at the Brooklyn Academy of Music (BAM), then at home with that awesome online calling tool. When I had to stop making calls to do school pick up, I re-watched a couple of classic videos posted on The Daily Kos. I was hoping to feel uplifted and"fired up," but in fact, the images reduced me to tears. I was afraid that our country was not ready for Obama, no matter how great his promise.

In the evening, we switched on the TV and followed the political web sites we've been obsessively checking for the past few weeks. The girls were conked out by 8:30pm. But my son held out longer, until about 9:20pm when Ohio was called. It was a positive enough omen for him, and he went to bed with high hopes. My husband and I stuck it out, relived that it was over by 11am. Barack's historic yet humble speech at midnight moving and prescient. The hard work is ahead. Still, the cheering and whopping and car horns blaring could be heard all over Brooklyn. Today is truly a new day.

By chance, I had planned an All-American meal of hamburgers and French fries for tonight's dinner. But now it is definitely a celebration. I may even pull together an apple pie, a family favorite and political symbol extraordinaire.
Posted by Grace R. Freedman, Ph.D. at 12:11 PM 0 comments